The Disappearance of Tammyetta Spaulding 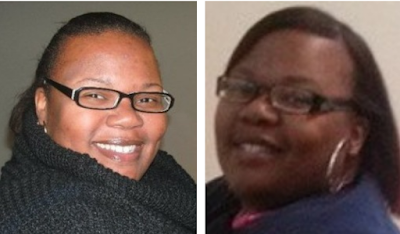 Tammyetta Spaulding (37) mysteriously vanished in Jackson, Mississippi on September 3rd, 2016. She was last seen by her family members the previous day, after she dropped her two children off at school in the morning. The following day, Tammyetta spoke to her father on the phone, and she appeared to be in good spirits during their conversation. She was happy about having recently gotten a raise at her job at Comcast, and she was excited about an upcoming move into a Habitat home with her children. Tammyetta promised her father she would call him again later that afternoon, but she never did and she has never been seen or heard from again.


Surveillance cameras revealed that Tammyetta arrived at her job at Comcast as scheduled that day, however for unclear reasons she abruptly left the building alone shortly thereafter. Her car was found abandoned two days later, behind a gas station along Interstate 55 near south Jackson. Investigators processed the car and noticed that it had been completely wiped clean—no fingerprints, not even Tammyetta’s, were found inside of it. Four days after her disappearance, investigators noticed that Tammyetta’s cell phone was used. Unfortunately, they were unable to trace the phone and it has never been used again after that.

Months after Tammyetta vanished, a local hairdresser named Emma told one of Tammyetta’s aunts that she met a woman who claimed to have information about Tammyetta’s disappearance. The woman wanted to share the information with Tammyetta’s family, Emma gave her Tammyetta’s aunt’s phone number. When her aunt finally received the phone call, the woman on the other line said “you aren’t going to find her, they used acid to get rid of the body.” The unknown caller accused Tammyetta’s ex-boyfriend of being involved, and she claimed that a red truck was used to dump her body.

The information presented in the phone call has not been confirmed. Still, it has lead Tammyetta’s family members to question whether or not her ex-boyfriend is involved in her disappearance. According to Tammyetta’s father, she was dating a man named who had gotten her pregnant. However, Tammyetta broke things off with Marcus after she found out that he had gotten another woman pregnant, and she unfortunately lost her baby shortly thereafter as well. At this time, it is unknown if police have questioned Marcus and further information about their relationship is currently unavailable.