The Disappearance of Morgan Martin 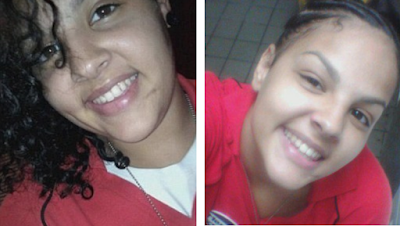 Morgan Keyanna Martin was four months pregnant when she vanished on July 25th, 2012. Although she was only 17 years old at the time, Morgan was excited about motherhood and was enjoying the preparation for her baby. Shortly after midnight on July 25th, Morgan stepped onto the front porch of her family’s St. Petersburg, Florida home to talk to Jacobee Flowers—a 24 year-old man she claimed to be the father of her unborn child. Morgan told her mother that she wanted to show Jacobee a sonogram picture, and that she would come back inside after a few minutes. Unfortunately, Morgan never went back inside and has never been seen or heard from again. Her purse and sonogram picture were both left behind. Her cell phone disappeared with her, but has not been used since before she vanished.

When questioned by authorities, Jacobee denied any involvement in Morgan’s disappearance. In fact, he claimed that he and Morgan were merely acquaintances. He denied fathering her child and even sleeping with her at all. Investigators initially did not have enough evidence to charge Jacobee with anything, and Morgan’s case quickly grew cold. Despite this, those closest to Morgan still firmly believed that Jacobee was responsible for her disappearance.

In March 2015, St. Petersburg PD put together a cold case unit, which was able to revive Morgan’s case. Throughout the following year, investigators re-interviewed witnesses and re-examined the evidence they had collected. It is unclear what exactly was discovered this time around that wasn’t discovered in the beginning, but it was enough for a major break in the case. On June 23rd, 2016, Jacobee Flowers was indicted on first degree murder charges in Morgan’s case. 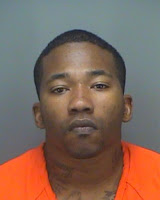 According to the indictment, Jacobee had lied to investigators about Morgan being just an acquaintance. Evidence from Jacobee’s text messages revealed that he acknowledged having sexual relations with Morgan on numerous occasions. He allegedly begged Morgan not to go through the pregnancy, as he was already supporting three children and did not want to support another one. Facebook messages between between the two reveal that Morgan told Jacobee that if he did not pay child support, she would report him for having sex with a minor. This evidence provided investigators with a motive for Jacobee to kill Morgan: not only did he not want to support another child, he also did not want to get charged with statutory rape.

Jacobee remains in custody while he awaits trial for Morgan’s murder. Morgan’s body has not been located.
-
Lists including this case: