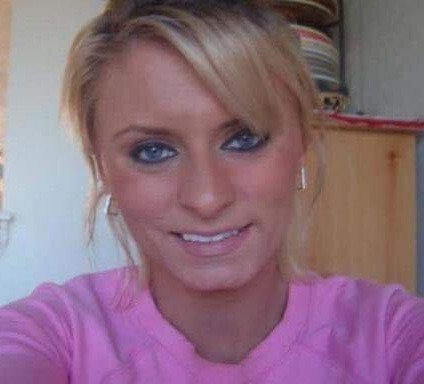 Bekime ‘Becky’ Elshani vanished in Colorado Springs, Colorado during the early morning hours of March 29th, 2008. The 22 year-old vanished in the midst of a volatile relationship with her live-in boyfriend Daniel Dereere. Becky and Daniel had recently reconciled after Becky briefly rekindled a relationship with her ex-husband Wesley Bartle. Her family members were unsure of why Becky would want to reunite with Daniel, as the two of them had both been arrested for assaulting each other during previous incidents. Becky actually had a case pending against Daniel at the time of their reconciliation. In January 2008, while Becky was dating Wesley, Daniel allegedly hacked into Becky’s Myspace page and posted a nude picture of her. Becky pursued charges against Daniel, but then got back together with him a short time later. Daniel was scheduled to appear in court for those charges on April 1st, 2008—just 3 days after Becky vanished.

Becky was last seen by her family members on the evening of March 28th, when she and Daniel went to her parent’s home in Colorado Springs. According to Becky’s sister Fatime Elshani, Daniel and Becky got into an argument at the Elshani home. Fatime stated, “He started yelling at her; she kept saying she didn’t want to leave. We kept telling her to stay but Daniel insisted that she left with him. That was the last time I ever saw her.” The final sighting of Becky was around 1:15am on March 29th; she was in the 100 block of West Rockrimmon Boulevard. Becky has never been seen or heard from again.

Two days later, on March 31st, 2008, police went to Becky’s apartment to perform a welfare check. Upon approaching the residence, police heard gunfire. They entered the apartment and found Daniel dead from a gunshot wound. He had shot himself. Becky was still nowhere to be found, and there was otherwise no sign of a struggle at the apartment. Still, investigators clearly found it suspicious that Daniel took his own life two days after Becky vanished, and one day before he was supposed to appear in court for the charges from posting Becky’s nude pictures on Myspace.

Investigators searched Daniel’s car and reportedly found evidence that indicated foul play was involved in Becky’s disappearance, however they have not specified what exactly was found. Investigators did reveal that Daniel drove his car to a park in Teller County just hours after Becky was last seen. Unfortunately, though, a search of the park turned up no evidence.

Daniel did not leave a note or any other evidence/messages that indicated he knew of Becky’s whereabouts. It is widely believed that Daniel killed Becky and dumped her body before taking his own life, however due to the fact that Daniel is deceased and Becky has never been found, investigators have been unable to verify this. Becky’s case remains open today and a $5000 reward is being offered for anyone with information on her disappearance. If you have any information that could help the investigation, please contact the Colorado Springs Police Department at 719-444-7595.