The Disappearance and Murder of Nicole Smith 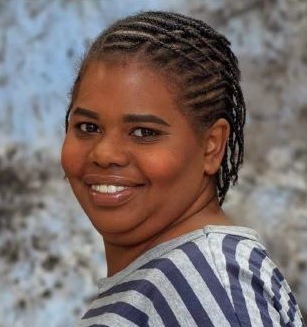 Nicole Maurice Smith (33) vanished on December 11th, 2016. She was last seen on the corner of Longacre and Chicago street in Detroit, Michigan. Nicole and her four children were living in transitional housing at the time of her disappearance. The day she was last seen, she arranged to meet up with her grandfather at 5pm but never showed up. When Nicole’s grandfather went to her home, she was not there—however the grandfather stated that he saw footprints leading up to the curb that made it seem as if someone had recently left via car.

The following morning, Nicole’s one year-old son was found wandering alone on the corner of Plymouth Road and Warwick Street. The police were notified, and a local news channel displayed the boy’s picture on their program. The boy’s grandfather saw the segment and identified him as his grandson/Nicole’s son. Nicole was nowhere to be found at this point and she was reported missing shortly thereafter.

Prior to her disappearance, Nicole reportedly told her friends and family members that she was planning to meet up with a man she met on Facebook. She never said who the man was or when they were planning to meet, so it was unclear if this person has anything to do with her disappearance. However, Nicole’s loved ones did not think she was missing on her own accord, as it was quite uncharacteristic for her to leave her children behind.

In January 2019, it was revealed that Nicole's ex-boyfriend Robert Autrey had been arrested and charged with Nicole's murder. Autrey was questioned by police early on into the investigation, but they were unable to charge him with anything related to Nicole’s disappearance due to a lack of evidence. Still, they found him quite suspicious as he was caught using Nicole’s bridge card after her disappearance.

Later on, Autrey was arrested on suspicion of sexual assault and faced a sentence of life in prison. At that point, Autrey confessed to investigators that Nicole’s remains could be found in an abandoned apartment in Detroit’s westside. Authorities recovered her remains and charged Autrey with her murder. He pleaded guilty and will likely remain behind bars for the rest of his life.