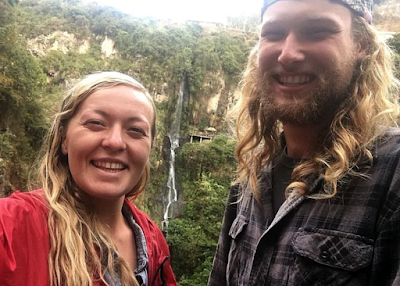 Chynna Deese (24) and her boyfriend Lucas Fowler (23) were found shot to death on the side of the Alaska Highway in British Columbia, Canada on July 15th, 2019. The couple had been taking a two-week long road trip across Canada at the time at the time of their murders. The minivan they were traveling in was found near their bodies. Eyewitnesses later told police that they saw the couple standing by their van in the same place they were eventually found after it had broken down.

A few days later, two teenagers named Kam McLeod (19) and Bryer Schmegelsky (18) vanished while they were believed to be travelling to the Yukon territory. The car the two were travelling in was found completely burned out on July 19th, 2019, just days after Chynna and Lucas were found. The body of a man in his 50s or 60s was found nearby. This man was later identified as Leonard Dyck (64). Due to the close proximity of the crime scenes, police initially feared that Kam and Bryer fell victim to the same assailant as Chynna and Lucas. However, by July 22nd, police announced that Kam and Bryer are now considered suspects in the couple's murder. They are also considered suspects in the murder of Leonard Dyck.

Since the discovery of their burned out car, Kam and Bryer have been spotted in northern Saskatchewan driving a 2011 Toyota RAV-4. However, they are still on the loose and police are still actively searching for them. Police have stated that the two teens are considered dangerous, and they should not be approached if encountered. Instead, please immediately call 911. Additionally, if you have any other information that could help the case, please call 1-800-222-8477.

-
UPDATE (8/10/19): Authorities have found the bodies of Kam McLeod and Bryer Schmegelsky. They were found in a section of thick, dense brush alongside the Nelson River, not far from where investigators found items belonging to the two teens. Authorities stated that they found evidence of the pair's last meal--oranges and pork chops. It is believed that Kam and Bryer ate their last meal before reportedly "plunging themselves into the thick scrub and trudging through swamp and insect infested terrain towards the river’s treacherous waters." It is unclear how the two died at this point, however it is believed that they took their own lives. Survival experts have reportedly stated that Kam and Bryer were more likely to have been "eaten alive" by sandflies than killed by the various bears that roam the area. The investigation is still ongoing.

UPDATE (8/13/19): Officials have confirmed that Kam and Bryer died by suicide.