Five cases of deaths that have been labeled as accidental or undetermined despite contradictory beliefs that foul play was involved. Danniella Vian vanished during a night out with friends on July 17th, 2018. The 25 year-old mother-of-one began her night at a restaurant in Mobile, Alabama where her friend worked as a bartender. Danniella met up with two other acquaintances at said restaurant and the three of them took their respective cars to a second bar. They later decided to go to another location, however part way through the drive to the third bar, Danniella reportedly noticed her phone was missing. She decided to go back to the second bar to retrieve it--however the friend she was with stated that Danniella never showed up and was never seen or heard from again.

Months after Danniella's disappearance, in early May 2019, a search team of divers found Danniella's car in Bayou Sara. Human remains were inside the vehicle, but investigators were not immediately able to identify the body as Danniella. However, after the body was found, police began to investigate the case as a homicide. Eventually, though, the remains were identified as that of Danniella Vian, and at that time, police announced that they believe Danniella's death was an accident, and that she was alive when were vehicle entered the water. The investigation is still ongoing.  [read more] 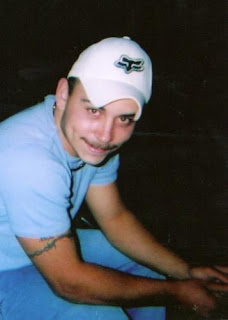 Todd Geib (22) went missing from a party in Casnovia, Michigan on June 12th, 2005. On this particular night, about 100 people were at this party in a rural, marshy area. Shortly before 1am, Todd called a friend and told him that he ‘had enough’ of the party and was ready to leave. He made a few more phone calls to his sister after that, but neither of them were able to make out what the other was saying. Todd was never seen alive again after that.

Nearly 3 weeks later, Todd's body was founding standing upright in Ovidhall Lake. The initial autopsy concluded that Todd died of accidental drowning, however his family and friends do not believe this to be true. About four years later, Todd's case was re-examined--and it was concluded that Todd had only been dead for 2-5 days at the time he was found, despite the fact that he had been missing for 3 weeks. Additionally, it was concluded that Todd did not have any water in his lungs at the time of his death, which rules out drowning as a cause of death. Despite these findings, though, police have still not re-opened Todd's case. [read more] 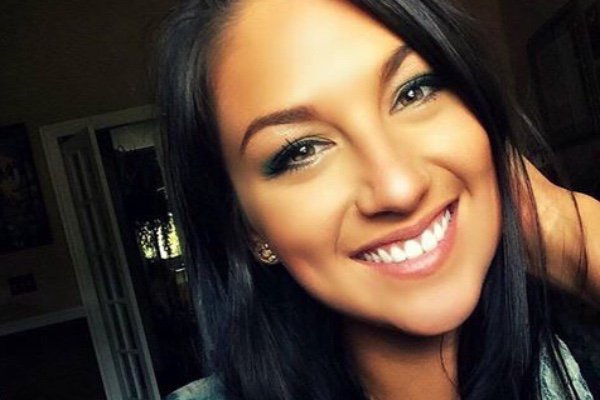 Lauren Agee (21) died while attending WakeFest in Smithville, Tennessee. She was with Christopher Stout, Hannah Palmer, and Hannah’s new boyfriend Aaron Lilly. The group was camping at the festival, which began on July 25th, 2015. Their campsite was located cliff-side, overlooking Center Hill Lake. One night during the three day festival, Lauren and Christopher slept together in an ENO hammock hanging near the cliff. The following afternoon, Lauren’s body was found floating in the lake by two fisherman. An autopsy report suggested that Lauren, who had been drinking heavily, slipped off the cliff located near her campsite. The report mentioned blunt trauma that was consistent with the fall and possible drowning. Authorities ruled that there was no foul play involved in her death.

Lauren’s mother, Sherry Smith, has doubted that her daughter’s death was an accident from the get-go. She wasn’t the only one with doubts about the autopsy ruling. In fact, the officers who responded to the scene when Lauren’s body was found felt that a lot of evidence was ignored by investigators. Sherry eventually hired private investigator Sheila Wysocki to investigate Lauren’s death. Wysocki also does not believe that Lauren’s death was an accident. After looking at the autopsy photos, Wysocki said there appeared to be a strange bite mark on one of Agee’s breasts, and she believes Agee’s body showed signs of strangulation. Other forensic professionals have disputed this evidence and Lauren's case is still considered closed. However, wrongful death suits against Christopher Stout and Aaron Lilly are ongoing. [read more]

Janina Vasquez disappeared on February 12th, 2015. The 27 year-old lived at her parent's home in Kansas City, Missouri at the time of her disappearance. The evening she was last seen, Janina told her mother that she was going to the Isle of Capri casino with two of her friends. At 7:40pm, Janina was seen exiting the casino by herself. Surveillance footage captured her leaving the building and getting into an unidentified red vehicle. Janina never returned home that evening and her family reported her missing the following day.

Just seven days later, a city worker found Janina’s body at the bottom of a well in Overland Park. Investigators determined that Janina had died from blunt force trauma. Despite this, authorities ruled Janina’s death as accidental. However, there are many factors in this case that lead Janina’s mother and many others to believe that Janina was murdered. The well that her body was found in is surrounded by a gate with a barbed wire. Janina suffered from chronic pains and seizures, and her mother does not believe she would have been able to climb over that gate by herself. Additionally, over a year after Janina was found dead, authorities told her mother that Janina apparently made a 911 call from the bottom of the well during on the night of February 12th. Apparently the officers who responded to the 911 call searched the park, but not the well, before leaving. It is unknown what Janina said on the 911 call, but her mother believes that somebody had thrown her into the well. The person who picked up Janina from the casino also remains unknown. Janina's close has been closed, however many believe it deserves a second look. [read more] [also on the 'Unsolved Mysteries with Surveillance Footage' list] 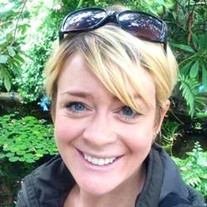 Emilie Morris died at the age of 35 on November 4th, 2014. The young woman was found face down on the bedroom floor of her St. Louis, Missouri apartment with a large trash can pulled over her head. She died from asphyxiation from the plastic bag lining the trash can, but her manner of death was left undetermined by the county medical examiner. Emilie’s death is being called “suspicious” by investigators, as one of her apartment doors was unlocked at the time and it is unclear how she got into the position she was found in. Emilie had struggled with alcoholism in the years before her death, so her parents were initially worried that she had been drinking at the time of her demise. However, the autopsy revealed that she had an alcohol level of 0.05%, and the legal limit for driving in Missouri is 0.08%.

Emilie died shortly before she was expected to testify against Jim Wilder, who had been charged with six counts of statutory sodomy after Emilie revealed to police that Wilder had pursued an inappropriate relationship with her during her high school years. Wilder was Emilie's cross country coach, and he had a history of pursuing relationships with underaged girls. Emilie worked with police to charge Wilder years after the fact, when she recorded him confessing to having a sexual relationship with her when she was still a minor.  Many have theorized that Wilder is involved in Emilie's death, as he knew she had incriminating evidence that would put him behind bars. However, he has never been charged with anything related to Emilie's case. Her manner of death is still undetermined. [read more]
at July 09, 2019