The Disappearance and Murder of Sidney Randall 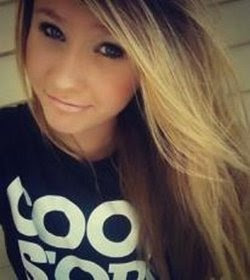 Sidney Randall (14) was reported missing by her mother Denise Cornell during the early morning hours of March 10th, 2013. Sidney was last seen the previous evening, at her family’s Walnut Ridge, Arkansas home. When Denise awoke the following morning, she noticed that both Sidney and her husband, John Cornell, were missing from the home. However, John returned to the house shortly thereafter, without Sidney. Denise let him know that Sidney was missing, and John once again left the house, after saying that he was going to file a missing persons report. After hours passed without any sign of John, Denise decided to report Sidney missing herself.

The following day, on March 11th, 2013, John was found dead in a field on the side of the road. It was determined that he died of a self-inflicted gunshot. Sidney was still nowhere to be found, and by this point, it was believed that John was involved in her disappearance. The search for Sidney expanded all throughout Lawrence County--and Denise eventually announced that she, too, felt that John was involved in Sidney’s disappearance.

Then, in May 2013, a body was found in the Black River near the Lawrence and Randolph County lines. Just days later, the body was confirmed to be that of Sidney Randall. An autopsy determined that she died of blunt force trauma. Investigators also found the DNA of John Cornell on Sidney’s body and underneath her fingernails. It was concluded that Sidney was a murder victim, and that she died at the hands of her own stepfather, John Cornell.

Denise was reportedly very shocked by her husband's actions. She told reports that Sidney and John had a typical stepdaughter/stepfather relationship. However, Sidney’s friends and biological father tell a different story. Her friends stated that Sidney was afraid of him. Sidney’s father, Victor Randall, told reporters that he suspected John was molesting his daughter and that Sidney threatened to tell police. It is believed that the motive behind Sidney’s murder was to keep her quiet about the abuse.