The Disappearance of Marble Arvidson 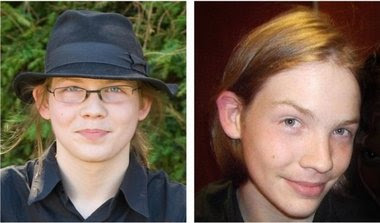 Marble Arvidson vanished at the age of 17 on August 27th, 2011. The teen was born and raised in Vermont, and at the time of his disappearance, he was living in Brattleboro. Marble had been in the foster care system since he was a freshman in high school; he was living with a mentor in August 2011, but he still kept in touch with his first foster mother. On the day he vanished, Marble was last seen by his housemates inside his home. Around 1:15pm, once of his housemates heard Marble invite an unidentified male inside. Shortly thereafter, Marble’s housemates heard him leave the house with said male. He left a note stating he was with the “Gremlin Hoard” and would be back within the hour. Unfortunately, Marble never returned and has never been seen or heard from again.

Despite facing struggles in the foster care system, Marble was reportedly in a good place in his life prior to his disappearance. He was a good student and was looking forward to beginning his senior year of high school. Marble’s loved ones are not aware of any reason he would run away from home. His family members believe that saying he was with the “Gremlin Hoard” was Marble’s way of letting them know he was out partying. However, they also believe he could have potentially gone for a hike, as he was an avid hiker and he brought his hiking boots with him when he left the house.

Right after Marble’s disappearance, Tropical Storm Irene hit and damaged/flooded many areas along the east coast. There was speculation that Marble was swept away or drowned in the flood, but this has never been confirmed. An extensive search of the area turned up no signs of him. Additionally, the man Marble left the house with has never been identified. His disappearance remains unsolved today and the Brattleboro Police Department is investigating. If you have any information that could help the investigation, please contact authorities at 802-257-7950.