The Disappearance of Kierra Coles

Kierra Coles was three months pregnant when she vanished on October 3rd, 2018. The young woman worked for the U.S. Postal Service. However, on the day of her disappearance, she called out sick. Surveillance cameras later captured Kierra walking away from her Chicago apartment wearing her U.S. Postal Service uniform, despite the fact that she’d already called out of work. She was seen walking down 82nd Street and Coles Avenue, passing her car, before eventually stepping out of the frame. Kierra has never been seen or heard from again. She was reported missing by her mother a few days later.

Police conducted a welfare check at Kierra’s apartment, but found no sign of her. Kierra’s car was still parked outside of the apartment, and her cell phone, wallet, and packed lunch were found inside the vehicle. Investigators quickly began to believe that foul play was responsible for Kierra’s disappearance. In fact, detectives working the case have stated that they “have a pretty good idea” of what happened to Kierra. Still, they have revealed very few details about the investigation and no arrests have been made. Investigators did state that they have persons of interest, though. One detective in particular told reporters that there are a “minimum of two or three people of interest” who were the last to see Kierra before she disappeared. The identities of the persons of interest have not been released at this time.

Kierra’s parents are still holding out hope that she will be found alive. Kierra’s father said that Kierra was looking forward to being a mother for the first time. Her due date is scheduled for April 23rd, 2019. Kierra’s family members are hoping to not only reunite with Kierra, but to meet Kierra’s baby as well. There is a $30,000 reward in place for anyone with information that could lead to Kierra’s whereabouts. If you have any information that could help the investigation, please call the Chicago Police Department’s Area South Special Victims Unit at (312) 747-8274 or the U.S. Postal Inspection Service at (877) 876-2455.

--Kierra's case is included on the following: 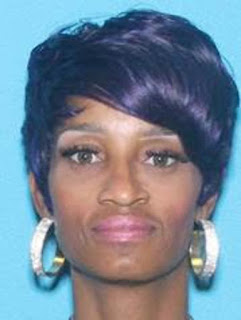