The Murder of Tiffany Ferguson

Tiffany Ferguson was only 22 years old when she was brutally murdered inside her own apartment on February 28th, 2017. She was stabbed several times during the early morning hours of that day by a 24 year-old drifter named Christopher McLawhorn (pictured below). There was no known personal connection between Tiffany and Christopher before her murder–in fact, it appears the incident was completely random. Police were able to identify Christopher after he was captured on surveillance footage on the morning of the murder. The camera captured him walking around the apartment building, checking for unlocked cars and unlocked apartments. Unfortunately, Tiffany and her roommate left the door to their Nashville, Tennessee apartment unlocked the previous night. As a result, Christopher was able to enter the apartment without force. 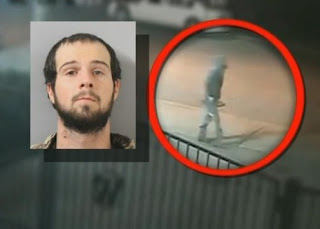 Shortly before 6am, Tiffany’s roommate woke up to the sound of Tiffany screaming. When she went to check on her, she found Tiffany fatally injured in her bed, and the door to their apartment left wide open. Christopher had already fled the scene by this point. However, it did not take police long to identify him as a suspect in the case. In addition to the surveillance footage, two other homeless men told police that Christopher had bragged to them about killing someone.

Christopher was eventually arrested in March 2017. He was charged with murder and especially aggravated burglary and theft. Christopher pleaded not guilty to all charges. At his trial in September 2018, it was revealed that Christopher did an Internet search on his phone just hours after the murder that stated, “just how incriminating is a fingerprint really?” Additionally, Christopher also viewed numerous online news reports about Tiffany’s murder. During closing statements, the lead prosecutor told the jury, “[Christopher] relived it, looking at pictures of the young woman whose life he took. This isn’t the first time a killer has returned to the scene of a crime.” The jury ultimately found Christopher guilty of all charges. He was sentenced to life in prison without the possibility of parole.
-

Lists including this case:

--
Tiffany's case serves as a reminder to always secure your home, especially while sleeping or alone. Here are 3 "smart locks" to consider for further safety:

Today in True Crime: The Murder of Michael Howell, at the hands of his 17 year-old daughter Crystal Brooke Howell

Crystal's parents got a divorce when she was 12 years-old, and Crystal ended up living with her father. For the next five years, the two lived in a remote cabin on Sheepback Mountain located in Maggie Valley, North Carolina. On the day of the murder, Michael and Crystal went shopping together in Ingles. Crystal allegedly attempted to shoplift, but was caught by Michael. Investigators theorize that after this incident, Crystal began to think about killing her father.

When the two returned from shopping that day, Michael took a nap while Crystal took a shower and allegedly continued to think about killing her father. Once she got out of the shower, Crystal grabbed a shotgun and shot her father once in the head as he napped on the couch. She then hid his body in a plastic container inside the family’s storage shed. Then, she dumped the couch he was laying on and sold the shotgun that she used. Life seemed to just continue for Crystal after that–she began to drive her deceased father’s car, spend his money, and damage his house. Her friends moved in, and they often threw parties at the house. Crystal even had a stripper pole installed in the kitchen. When asked about her father’s whereabouts, Crystal told her friends that he moved to Georgia and then killed himself.

Crystal continued her new lifestyle for almost a month before her secrets were uncovered. On March 22nd, 2014, two of Crystal’s house guests decided to move a pinball machine into their storage shed. While doing that, one of the men noticed the plastic container and found Michael’s body inside. The police were called, and Crystal was eventually arrested and charged with murder. 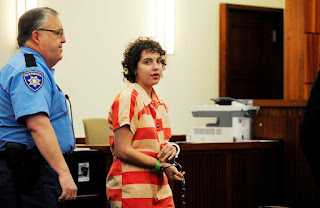 In October 2016, Crystal pleaded guilty to the murder of her father and was sentenced to a minimum of 30 years in prison. She remains behind bars today.

Lists including this case:
[Betrayed by Blood]
[Murder Cases with Ridiculous Motives]
[Tragic Crimes Committed by Teenagers]
at February 24, 2019 1 comment:

Today in True Crime: The Disappearance of Tameka Anderson

Tameka Anderson (25) has been missing since February 23rd, 2010. The mother-of-two was last seen in Baton Rouge, Louisiana, at the Telco Federal Credit Union. Tameka went there to withdraw money from the ATM, which she planned to use to buy a car. After leaving the credit union, Tameka called multiple family members to tell them that she was headed to Galvez, Louisiana with an acquaintance to buy the vehicle. The car was never purchased and Tameka never returned home. She has never been seen or heard from again.

The acquaintance Tameka was with that day has not been publicly identified. It appears that Tameka’s family is unaware of that person’s identity. However, they do believe that this person had something to do with Tameka’s disappearance. In fact, Tameka’s aunt told reporters that she does not believe the acquaintance had any intentions of helping Tameka buy a car. The aunt explained, “I believe it was a setup. They knew she got her income tax. She told them how much money she had.” Still, investigators stated that they were unable to find any evidence of foul play and news about Tameka’s case seemed to fade as the months and the years passed.

Over time, Tameka’s family members grew frustrated with the lack of support from their community. Tameka’s brother believes that people in their community are sticking to “street code”, which means they refrain from speaking up or getting involved in the bad things they witness. Tameka’s brother attributes this to the rate of unsolved crimes in the Baton Rouge area. All of Tameka’s family members believe that someone has more information about Tameka’s disappearance that they are not sharing. Tameka’s aunt told reporters, “Someone saw something that morning. Someone saw Tameka get into a car as she left her house that morning. But nobody is talking.”

Tameka’s family members remain resilient in their search for Tameka. As part of their efforts, they are hoping to end the silence in their community as well. Tameka’s uncle stated, “With the silence in the communities, the abductions, shootings and robberies, we’ll never have a better community if we don’t communicate with each other.” For more information on this important issue, please visit this resource. Additionally, if you have any information about Tameka Anderson’s whereabouts, please contact the Baton Rouge Police Department at 914-737-7171.
at February 23, 2019 No comments:

Today in True Crime: The Disappearance of Jalesa Reynolds 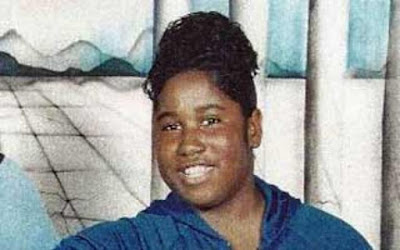 Jalesa Chantell Reynolds vanished at the age of 18 on February 22nd, 2010. The teen lived in Scotland Neck, North Carolina, and on the day she vanished, Jalesa visited the Scotland Neck Memorial Library to access the Internet. She did not have Internet access at home, so this was something she did on a frequent basis. Jalesa checked her Facebook at the library before logging out of her account at 11am. She never returned home that afternoon and has never been seen or heard from again.

After she was reported missing, it was discovered that Jalesa accessed her Facebook account from another location on the day she disappeared as well. Around 1:40pm, she logged on to her account at the home of Dwayne Hosea Davis (pictured below), located about a mile and a half away from the library. Davis told authorities that Jalesa left his residence between 2 and 3pm. This is the last known indication of her whereabouts. 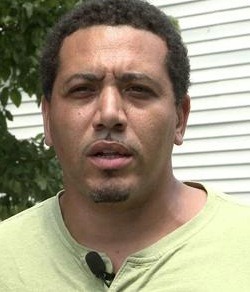 Davis is a registered sex offender; he served almost seven years in prison for a 1994 rape conviction. He maintains that Jalesa visited his house frequently to use his computer and visit his horses, however he denies harming her or knowing about her whereabouts. Investigators consider Davis to be a suspect in Jalesa’s disappearance, but they have not charged him with anything related to the case.

Jalesa remains missing today and foul play is suspected in her case. If you have any information that could help resolve the case, please contact the Scotland Neck Police at (252) 826-4112.

Hi everyone- title of the post says it all. I've decided to start expanding my true crime writing from Tumblr to other blogging platforms. I will still be using Tumblr though--you can find my Tumblr account here.