The Murder of Jeannie Quinn 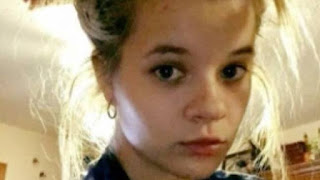 Jeannie Quinn was only 20 years old when she was brutally murdered in April 2018. Jeannie lived in Levelland, Texas at the time of her death. Her family members reported her on missing on April 15th, 2018. Two days later, Jeannie's body was found hanging in a wooded area in Abilene, Texas. She had white bags tied to her hands and hard wire around her neck. Investigators labeled her death as homicide and staged hanging.
57 year-old Ricky Don Henderson has been named as a suspect in Jeannie's case. Ricky was reportedly Jeannie's boyfriend, and the last person known to have seen her before her disappearance. Both Jeannie's family members and authorities believe it is very likely that Ricky killed Jeannie, but he has still not been charged with anything related to her death. However, investigators were able to link Ricky to unrelated drug cases from both 2016. Investigators decided to pursue this case and subsequently charged Ricky with distributing controlled substances to a minor. He pleaded guilty to those charges in December 2019 and was sentenced to 20 years in prison. Ricky was also linked to another drug case in Hockley County from 2007. He was sentenced to 25 years on those charges.

Although Ricky remains behind bars, Jeannie's family members are still hoping that he will one day face charges for Jeannie's murder. It appears that Jeannie is not the first significant other that Ricky abused. His ex-wife, Stephanie Henderson, vanished in Hockley County back in 1993--and she remains missing today. Ricky remains the only person of interest in that case as well. District Angela Overman has described Ricky as a "continuing threat to society" and hopes that the suspicions against him will be taken into consideration when he is up for parole.
Meanwhile, Jeannie's family members continue to fight for justice in her case. In fact, Jeannie's uncle John Quinn went to visit Ricky in prison during February 2019. Ricky agreed to speak with him, and the two met for 30 minutes. John was unable to disclose the details of their talk, but afterwards he told reporters that he felt they were one step closer to gaining justice for Jeannie. Still, a significant period of time has passed since their visit and no charges have been pursued.
Investigators are hoping to gain more information that could potentially lead to murder charges in Jeannie's case. There is a $12,500 reward in place for anyone with information that could help solve her murder. If you have any information that could help the investigation, please call 806-894-3126.
at November 23, 2020