The Disappearance of Ashley Morris Mullis 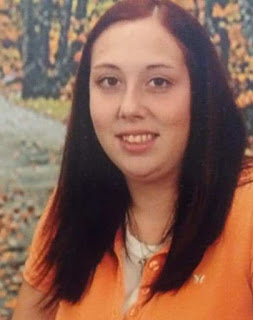 Ashley Morris Mullis has been missing since September 22nd, 2013. The image below is the last known image of Ashley, who was 27 years-old at the time of her disappearance. The picture was taken at a family reunion in Royerton, Indiana. After Ashley left the reunion, she seemingly vanished without a trace. Her loved ones have never seen or her from her again.
A few days later, Ashley's parents began to worry when they were unable to get ahold of her. After asking around, they realized that nobody else in the family had heard from her either. Ashley's parents then went to her house, but it appeared she was not home. They left a note on the door, asking her to get in touch with them. Still, days continued to pass without any contact from Ashley. Her parents decided to return to her house. Once again, it appeared that nobody was home--but the note they had left on the door was missing.

Ashley's parents then decided to contact Daniel York Sr.--an older married man with whom Ashley had been having an affair. In fact, Daniel had loaned Ashley the rental home she was living in, and he was the father of her newborn daughter--who was only two weeks old at the time of Ashley's disappearance. When Ashley's parents contacted Daniel, he told them that he had given Ashley $15000 so she could move to Virginia. He explained that, before leaving town, Ashley left their newborn daughter with him and his wife, and then dropped her two older sons off with their father/her estranged husband. Ashley's parents immediately thought Daniel's story was suspicious. Ashley had not made any indication that she wanted to move, and it was highly unusual for her to leave her children behind. After speaking with Daniel, Ashley's parents contacted police to report their daughter missing.

Ashley's loved ones felt that Daniel had more information about her disappearance than he had disclosed. Their suspicions about him intensified when they learned that he was a person of interest in the murder of 22 year-old Heather Musick, which had occurred just four years before Ashley's disappearance. Still, concerns about Daniel seemed to be brushed aside by police. Ashley's family members would later learn that the sheriff of their local police station was Daniel's cousin.

Daniel eventually ended up moving to Florida. On September 15th, 2015--almost two years to the day after Ashley vanished--Daniel passed away. Ashley's family members believe that important information about Ashley's whereabouts was buried along with him. Ashley's daughter was left in the custody of Daniel's wife--although Ashley's parents are fighting to gain custody themselves.

Ashley remains missing today. If you have any information that could lead to her whereabouts, please go here to submit an anonymous tip. 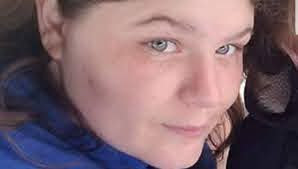