The Murder of Randisha Love 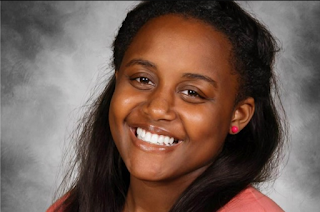 Randisha Love was murdered inside her family's Fulton County, Georgia home on January 12th, 2016. That day began as a seemingly typical day for the 17 year-old girl. Randisha attended school at Westlake High and then took the bus home in the afternoon. She called her mother at 4:15pm and asked her to bring home some dinner. Nothing seemed unusual about the phone call. Unfortunately, at some point between the time the call ended and 9pm that evening, Randisha was shot several times. She was found by her mother and brother after they returned home shortly after 9pm.

Both investigators and Randisha's family are unsure of a motive for her murder. Nothing was missing from their home, so a robbery was quickly ruled out. Additionally, police found no signs of forced entry inside the home, which indicates that Randisha was likely killed by somebody she knew and had allowed into the residence. It appears that Randisha was targeted--but investigators still do not know who targeted her or why. Detective Stewart Webb of the Fulton Police told reporters, "We’re still trying to figure out why this girl would have been targeted. There’s no obvious reason this should have happened to her."

Randisha had aspirations to one day join the Air Force. She participated in her school's ROTC program and got good grades in her classes. By all accounts, it appeared that Randisha was a typical high school student without any known enemies. Still, investigators believe that one of Randisha's classmates might have information about her killer. In an appeal to the public for information, Detective Webb explained, "I’d like to reach out to the student body of Westlake High School. There’s at least two grades there that were attending school during the time of the murder. I would like them, their families to talk about it and if they have any information, rumors, talk that they heard in school that year, to please contact Crime Stoppers or the Fulton County Police Department."

If you have any information that could lead to Randisha's killer, please contact 404-577-TIPS (8477) to submit an anonymous tip.