The Murder of D'Lisa Kelley 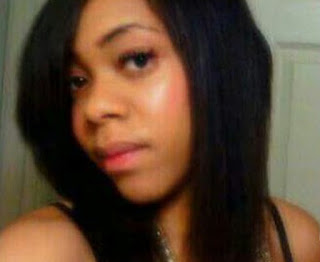 D'Lisa Kelley vanished under suspicious circumstances on March 7th, 2014. The 24 year-old mother was last publicly seen on the evening of her disappearance. Surveillance cameras captured D'Lisa at a convenience store on the corner of Overton Road and Sunnyvale Street in Dallas, Texas. The footage shows D'Lisa exiting the store at 6:13pm. She then walked to the passenger side of a blue 1986 Mercury Grand Marquis and got inside the vehicle.
Approximately 30 minutes later, D'Lisa reportedly pocket-dialed her sister Jasmine. When Jasmine answered the phone, she reportedly heard D'Lisa screaming for her life. It sounded as if somebody was beating her. Frightened, Jasmine immediately called their grandmother to tell her what she heard. Their grandmother then called 911. During said call, D'Lisa's grandmother frantically described what Jasmine had told her. She's heard telling the dispatcher, "All [Jasmine] could hear was D'Lisa screaming 'Stop, stop!', and somebody was hitting her and telling her 'Shut up, shut up!'" The dispatcher is then heard describing the reported incident to Sgt. Kevin Mansell, who did not seem concerned about the situation at all. In fact, Sgt. Mansell was heard laughing on the line. It ended up taking 48 hours before police classified D'Lisa as a missing person and began searching for her.

A week later, D'Lisa's body was found on the front porch of an abandoned home in Oak Cliff. She had been brutally murdered. According to D'Lisa's mother, "[D'Lisa] was all cut up. She was beaten badly. They crushed her jaw, they crushed her hand. She had gashes all in her face, all in her head. They beat her severely." An autopsy revealed that D'Lisa had been strangled and beaten to death. The autopsy also revealed that she was two months pregnant at the time of her death.

After her body was found, it became clear that D'Lisa was, in fact, fighting for her life during that phone call made to her sister Jasmine on the day of her disappearance. The investigation into D’Lisa’s murder sparked urgency not only to find her killer, but also to change the way Dallas police handle their 911 calls.

Sgt. Mansell was later reprimanded for not taking the initial 911 call about D'Lisa seriously. However, concerns about Sgt. Mansell did not end there. In 2017, Mansell was one of three Dallas police officers accused of misdemeanor deadly conduct in the 2016 death of Tony Timpa.

Timpa was reportedly high on cocaine when he called Dallas police to ask for assistance after leaving an adult bookstore. Sgt. Mansell and two other officers were called to the scene, but by the time they arrived, Timpa had already been handcuffed by security officers. One of the other officers, Dustin Dillard, rolled Timpa onto his chest and pinned him to the ground with his knee. Timpa repeatedly begged for help and gasped for air before finally going silent after 11 and a half minutes. Dillard kept his knee on Timpa's back for another 2 minutes before finally moving. By then, he had knelt on Timpa's back for over 14 minutes. Timpa was pronounced dead shortly thereafter. Dillard, Mansell, and the other officer on the scene were indicted on charges of misdemeanor deadly contact in 2017, but the charges were later dropped in 2019.

Sgt. Mansell still remains a police officer to this day. Many remain apprehensive of Mansell being in the force, especially after his conduct in both D'Lisa's and Timpa's cases. In fact, many believe that D'Lisa could have been saved if police had handled her grandmother's 911 call properly. D'Lisa's family members have since partnered with an organization called Justice Seekers Texas. They are proposing a new state law called the Kelley Alert, which would require officers to respond to the scene when there is a reported disturbance by a 911 caller.

D'Lisa's murder remains unsolved today. Dallas police have reportedly interviewed several people, including the driver of the Grand Marquis. As of right now, no suspects have been publicly identified and investigators are reportedly lacking the evidence they need to move forward. If you have any information that could lead to D'Lisa's killer, please go here to submit an anonymous tip.