The Disappearance of Lelia Faulkner 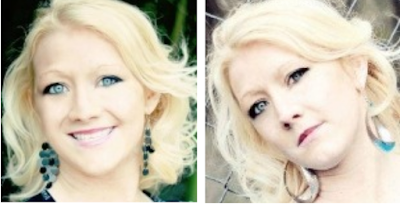 29 year-old Lelia Faulkner has been missing since July 4th, 2016. Two days before her disappearance, Lelia broke up with her live-in boyfriend Blane Gralheer and then moved back in with her parents at their Troy, Alabama home. On the day Lelia vanished, she made a shocking allegation against Blane. She posted an update on her Facebook page stating that Blane is gay and was leaving her for another man. In addition to this, Lelia and Blane were reportedly fighting a lot about her drug use. While Lelia’s parents were aware that Lelia had a drug problem, they were still relieved that she decided to leave Blane as it was clear they were not getting along.

A few hours after Lelia made that Facebook post, her parents took her daughter to watch fireworks, while Lelia herself went out with some friends to celebrate the holiday. She never returned home and has never been seen or heard from again. Lelia’s parents reported her missing three days later. Once the Pike County Sheriff’s Department began investigating her disappearance, they inevitably wanted to question Blane, as they quickly learned he was one of the last people to communicate with Lelia via Facebook messenger. Blane agreed to take a polygraph test, which he allegedly failed. He was later asked to take another polygraph, but he refused. Despite this, Lelia’s mother has stated that she does not believe that Blane harmed Lelia. However, Lelia’s mother does believe that somebody harmed Lelia, and that Blane knows a lot more than he’s saying.

There have been a few other rumors about what might’ve happened to Lelia as well. At some point, investigators received a tip that Lelia was targeted by a man who kidnapped and murdered her, and then torched her body in his truck. Investigators allegedly located the truck that was referred to in the tip, and it was burned up, but they were otherwise unable to find any other forensic link to Lelia in the vehicle. Other than a few other various tips, the investigation into Lelia’s disappearance has been heavily centered around Blane. Still, Blane has never been arrested or charged with anything related to Lelia’s case. He denies being involved in Lelia’s disappearance and he also denies that he left her for another man.

Lelia’s case is still open and her family is desperately hoping for answers. If you have any information that could help the investigation, please contact the Pike County Sheriff’s Office at (334) 566-4347.