The Disappearance & Murder of Kayla Reed 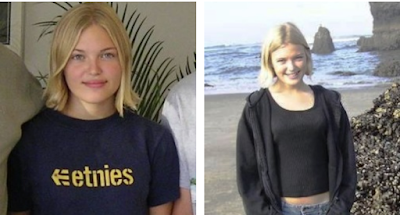 15 year-old Kayla Reed was last seen at her family’s home in Livermore, California on December 2nd, 2005. According to her mother Angel Sheets, Kayla was a habitual runaway— and on the evening of December 2nd, Kayla allegedly was last seen with a full face of makeup on right before she told her mother she was going sleep. Due to this, Angel suspected that Kayla was going to sneak out to meet her friends that night. The following morning, Angel called the police around 10:30am to report that Kayla was gone.

Detectives showed up at Angel’s home shortly after she called to report Kayla missing, but when they knocked on the door, Angel did not answer. She later stated that she fell asleep and did not hear the detectives knocking on the door. Angel waited two more days before contacting the police again on December 5th, 2005. This time, she successfully filed a missing persons report for Kayla. However, Angel told detectives about her suspicions about Kayla sneaking out the night she vanished; due to this, Kayla was classified as a runaway.

Detectives initially focused on Kayla’s Myspace page in the early stages of the investigation, as it was theorized that Kayla might have met up with somebody she met on the site. That theory never panned out, as investigators could not find any evidence that Kayla was corresponding with somebody she did not know on Myspace. Then, on January 10th, 2006, the investigation took an unexpected turn: Kayla’s body was found floating in the Delta Mendota Canal. An autopsy was unable to determine her cause of death, but it was reportedly clear that she had been murdered. Additionally, the autopsy revealed that Kayla had been dead for over a month by the time she was found—the same amount of time she had been missing.

Throughout the investigation, detectives learned that Angel and Dennis were the last known people to have seen Kayla alive. Both Angel and Dennis also gave conflicting stories to detectives as well. Angel originally stated that she was the only other person in the house on the evening of December 2nd. Later, she admitted that Dennis had come over that night to do meth. Angel said that before she went to bed that night, she asked Dennis to keep an eye on Kayla in case she tried to sneak out. When Angel woke up the next morning, she said that both Kayla and Dennis were gone. Dennis, on the other hand, admitted to going to Angel’s house on the evening of December 2nd, but he told police that he left when Angel and Kayla began to argue. He said that he returned to Angel’s house the following morning, and at that time, Kayla was gone and Angel seemed upset.

Despite their conflicting statements, neither Angel nor Dennis have been charged with anything related to Kayla’s death. Many of Kayla’s other family members believe that Angel knows exactly what happened to Kayla and that her “lifestyle” is likely what lead to Kayla’s death. The investigation into Kayla’s case is still ongoing today. If you have any information that could lead to an arrest, please contact the Livermore Police Department at (925) 371-4900.