A list of six cases where two people have vanished together. While some of these cases have suspects, each missing pair remains missing today.


6. Joanna & Shariece Clark
Joanna Clark (33) and her daughter Shariece Clark (15) have been missing since February 4th, 2017. Prior to vanishing, the two lived in Baltimore, Maryland with Joanna’s six other children, ranging from ages 2 to 10. The mother and daughter were last seen at different respective times on the day of their disappearance. They have never been seen or heard from again. Joanna's mother reported the two missing on February 7th, 2017.

A year passed with barely any news about Joanna and Shariece. Then, in 2018, Baltimore Police spokesman T.J. Smith announced that authorities believe Joanna and Shariece met with foul play. By this point, their case was turned over to the Baltimore Police homicide unit. Joanna and Shariece's loved ones also believe that the two met with foul play--in fact, Joanna's mother have publicly stated that she believes Joanna's boyfriend Dennis Michael Queen raped and murdered both Joanna and Shariece. Joanna's mother said that Dennis had been abusing and stalking Joanna for years. He also had been physically abusive towards Shariece in the past. In fact, about a week before their disappearances, Dennis reportedly made a sexual advance towards Shariece. Shariece told Joanna about it, and Joanna subsequently told Dennis he had to leave the house. She said that if he did not leave by February 4th, she would remove his belongings from the house. February 4th also happens to be the day that Joanna and Shariece vanished. Despite all of this, Dennis has not been arrested or charged with anything related to their disappearances. They both remain missing today. [read more]

5. Keir & Chloe Johnson
Keir Johnson (34) and her 8 month-old daughter Chloe Johnson have been missing since April 30th, 2017. The mother and daughter were last seen that morning at their home in Hampton, Virginia. Keir told her mother that she was going to bring Chloe to Buckroe Beach, where they planned to spend the day with one of Keir’s friends. Keir and Chloe did not show up to the beach as planned, and they also never returned home. Neither have been seen or heard from again. Their family members reported them missing the following day.

Two weeks later, Keir’s car was found abandoned at a trailer park in Newport News, Virginia. At this time, it is unclear if Keir has any connection to the trailer park. However, family members said that it is uncharacteristic of her to stay out-of-touch with her loved ones, and even more unusual for her to leave without any of her’s or Chloe’s personal belongings. Keir’s loved ones do not believe that she and Chloe are missing on their own accord. In fact, Keir’s twin sister believes that somebody Keir knows is responsible for their disappearances. Unfortunately, no arrests have been made and no persons of interest have been publicly named. The mother and daughter remain missing today. [read more] 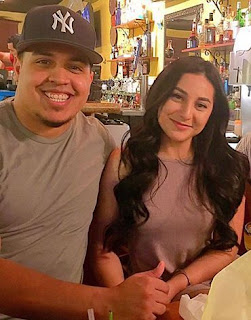 Jonathan Reynoso (28) and Audrey Moran (26) are a couple from California who vanished together on May 10th, 2017. That evening, Audrey left her sister’s home in Coachella Valley to pick up Jonathan in Brawley, a town located around 70 miles away. She told family members that she planned to pick Jonathan up in Brawley and then drive him to his home, located an hour and a half away, in Palm Desert. Later that evening, Audrey’s mother received a text message from Audrey’s phone that contained the above image. Interestingly enough, Audrey’s mother recognized the photo and said it was from a previous outing; it had been taken on an earlier date. This was the last time Audrey’s mother has heard from her. It was assumed that Audrey and Jonathan were together at this time, but that has never been confirmed.

Two days later, Audrey’s car was found pulled over to the side of interstate 10, west of Oak Valley Parkway in Beaumont. Her keys and purse were still in the car and the gas tank was almost full. There were no obvious signs of damage or a struggle. Although their family members assumed that the pair were together two nights earlier, on May 10th, this has still never been confirmed. Authorities have actually not confirmed that Jonathan was last seen in Brawley.
In June 2020, three men were arrested and charged with murdering Jonathan and Audrey. However, the pair still remain missing today. [read more] 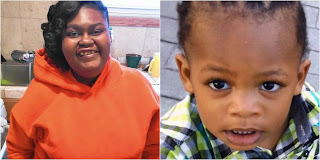 Diamond Bynum (21) and her nephew King Walker (2) have been missing since July 25th, 2015. Prior to their disappearance, Diamond had recently moved from Hammond to Gary, Indiana. She lived with her father Eugene and stepmother Suzanne, while King--the son of Diamond's sister-- also lived in Gary with his mother, Ariana Walker. On the morning Diamond and King vanished, King was dropped off at Diamond's father's house so he could spend the day with his grandparents and his aunt. A few hours after King's arrival, Suzanne and King took a nap. When Suzanne awoke from her nap around 11am, both King and Diamond were gone.

It was initially believed that Diamond had taken King for a walk. Diamond enjoyed taking walks, and did so often when her family lived in Hammond. However, Diamond was still fairly new to Gary at this point, so she was not as familiar with the area. This immediately concerned family members, as Diamond has a genetic disorder called Prader-Willi syndrome which causes her cognitive development to be delayed. Her family members state that Diamond has the mental capacity of a seven year-old. Large-scale searches and investigations were conducted for the missing pair, but unfortunately both Diamond and King remain missing today. [read more]

2. Krislyn Gibson & Sidney Taylor
Krislyn Gibson and Sidney Taylor, both 35, are old high-school friends who lived in Houston, Texas. On April 1st, 2016, the two friends traveled to Austin together to attend a music festival--something they did every single year. Upon their arrival in Austin, their friend's cousin, Harvey Cyphers, took the pair out to a strip club downtown. Krislyn and Sidney never returned to their friend's house, where they were staying, and they have never been seen or heard from again. Two days later, Sidney’s car was found abandoned in Houston—over 150 miles away from where he and Krislyn were last seen. This initially lead investigators to question if Krislyn and Sidney had run away together, as there were numerous transportation hubs in the area where the car was found. However, a forensic analysis of the car later determined that the runaway theory was unlikely—as there was evidence of a violent encounter. Large blood stains were found on the rear passenger floorboard, and a plastic sheeting covered with dried blood and hair was found in the trunk. Since this discovery, police have suspected that foul play is responsible for the pair’s disappearance.

Harvey Cyphers immediately became a suspect, as he was the last known person to see Krislyn and Sidney. Police inevitably questioned him, and he insisted that he parted ways with the duo in the parking lot of the strip club. Detectives were skeptical of Harvey’s statement, and their suspicions against him continued to grow once they took a look at their phone records. Sidney’s phone pinged off a tower near Harvey’s home in Austin around 3am. Then, by 7:30am, all three of their phones began traveling east towards Houston. Krislyn and Sidney’s phones were shut off after that. Harvey’s phone later pinged off a tower near the location Sidney’s car was abandoned. Then, he reportedly called a local bus company numerous times. By 5pm on April 2nd, Harvey’s phone travelled the route back from Houston to Austin.

After looking over the cell phone records, police obtained a warrant to search Harvey’s home. They reportedly find even more forensic evidence and blood stains. At this point, investigators have a large amount of DNA that could potentially incriminate Harvey, but they are unable to get any forensic testing. The police department shut down the DNA lab before any evidence could be analyzed. However, in March 2019, Harvey was indicted on charges of tampering with two human corpses, after knowing a murder or assault offense had been committed. While those two corpses have not been found, it is believed those corpses are that of Sidney and Krislyn. [read more]

1. Erin Foster & Jeremy Bechtel
Longtime friends Erin Leigh Foster (18) and Jeremy Bechtel (17) have been missing since April 3rd, 2000. The two teens were born and raised in Sparta, Tennessee, and on the day they vanished, they took Erin’s car to go visit a mutual friend right outside of town. They spent the day there, and then Erin and Jeremy left their friend’s house in Erin’s car that evening. Witnesses spotted them in the car just outside of Sparta around 10pm that evening. They never made it home and have never been seen or heard from again after that.

The exact circumstances surrounding the pair’s disappearance are unclear. At first, investigators believed that Erin and Jeremy were runaways. However, as time passed without any trace of them, this theory became unlikely. Neither of them have accessed their Social Security Number since they vanished, and Erin never renewed her driver’s license.

Erin’s car vanished with them as well. The vehicle is described as a black two-door 1998 Pontiac Grand Am with the Tennessee license plate number 473EJR. Both Erin and Jeremy remain missing today and the White County Sheriff’s Office is investigating the case. 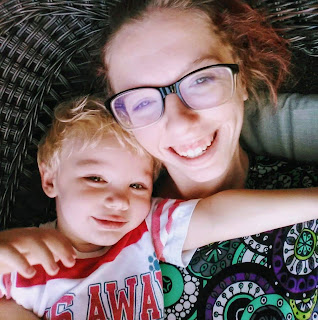 Karissa Fretwell (25) and her son William ‘Billy’ Fretwell (3) were last heard from on May 13th, 2019. The young mother and son live in Salem, Oregon, and they were reported missing on May 17th, 2019, after family members had not heard from them for quite a few days. Nearly two weeks later, Michael John Wolfe (52) has been arrested and charged with the murders of Karissa and Billy. Michael is Billy's father, and he was arrested by police in Portland, Oregon. Karissa and Michael were having an affair years earlier, and at some point, Karissa got pregnant. Michael wanted Karissa to have an abortion, but she reportedly refused. Michael had no plans to leave his wife, but as the father of Karissa's child, he co-signed the lease to Karissa's apartment.

Months before the disappearance of Karissa and Billy, Karissa had requested child support from Michael, and the judge granted her request. Karissa and Michael were also reportedly at odds over custody of Billy. He was an immediate suspect in their disappearances, and he is currently behind bars awaiting court proceedings. In June 2019, Karissa and Billy's remains were found in a wooded area of Yamhill. [read more]
at June 15, 2019