The Murder of Zuzu Verk 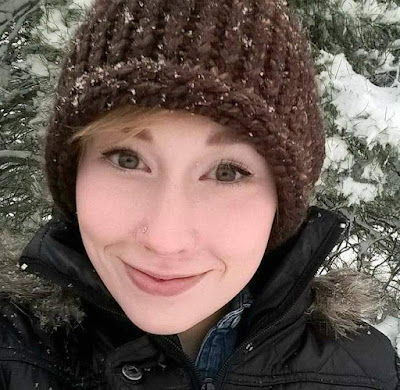 22 year-old Zuzu Verk vanished on October 11th, 2016. That evening, she went to the movies with a group of friends and her boyfriend, Robert Fabian (pictured below with Zuzu). After the movie, Zuzu and Robert returned to Robert’s apartment in Alpine, Texas for the evening. The following day, Zuzu had both a midterm exam and a shift at work scheduled, but she did not show up for either. This was very uncharacteristic of her, and her friends and family were immediately concerned. When she wasn’t heard from by the following day, Zuzu was reported missing and was classified as endangered by the authorities.

When authorities interviewed Robert, he told them that Zuzu left his apartment between 2 and 3 am. However, one of his neighbors quickly disputed this. Said neighbor told police that he saw Robert leave in his car around that time, while Zuzu’s car remained in the parking lot. The neighbor also told police that he heard Robert and Zuzu arguing before he saw Robert leave. When police confronted Robert with this information, he quickly changed his story. He then told police that around 3am, he went to a local Dairy Queen to “cool off” and think about their relationship, while Zuzu remained at his apartment. Robert claimed his timing was off, and Zuzu actually left after he returned from Dairy Queen.

However, another neighbor said that Robert never returned. This neighbor told the police that he saw a mattress cover and other various clothing items in the apartment building’s dryer that belong to Robert. The neighbor reportedly noticed this around 9:30am on October 12th. At this time, Zuzu’s car was still parked at the apartment, but Robert’s car had not returned. When that neighbor left for work about an hour later, Robert’s car still had not returned.

Authorities later learned that on the evening of October 12th, Robert and his friend Chris Estrada went to a local Dollar General where Robert used Chris’ credit card to purchase three plastic painter’s drop cloths. Afterwards, the two went to Robert’s sister’s house to borrow her husband’s truck. Cell phone data shows that Chris dropped Robert off at his apartment around midnight and then stopped by several different commercial dumpsters. Then, he went to his friend Brittany Gasca’s residence. Brittany later told police that Chris was acting very strange, and when she asked him what was wrong, he replied: “I don’t want to get you involved. Don’t ask questions. I didn’t do anything. I’m okay.”

Investigators searched Robert’s apartment on October 14th–three days after Zuzu was last seen. Investigators noted that Robert’s bed did not have any sheets or pillow cases on it. Additionally, one of the three painter’s drop cloths that Robert and Chris had purchased was discovered, but the other two remained missing. A little over a week later, authorities announced that Robert was not cooperating with the investigation and was officially named a suspect in the case.

On February 3rd, 2017, authorities found Zuzu’s skeletal remains in a shallow grave in Brewster County. The remains were wrapped in thin plastic sheets, consistent to the painter’s drop cloths purchased by Robert and Chris on October 12th. The following day, both were arrested and charged with tampering with or fabricating physical evidence by concealing a human corpse. Later, Robert Fabian was also indicted on first degree murder charges in Zuzu’s case.

Robert pleaded not guilty to all charges and went to trial in May 2019. At the trial, it was revealed that Robert was very possessive and controlling over Zuzu throughout their relationship. Prosecutors stated that Robert was angry over the state of their on-again, off-again relationship–which ultimately lead to her murder. Robert’s accomplice, Chris Estrada, testified that he and Robert were in a sexual relationship that often caused arguments between Robert and Zuzu. It is believed that Robert strangled Zuzu to death. Despite the lack of DNA evidence, the jury still found Robert guilty of all charges. He is expected to spend the rest of his life in prison.