The Disappearance of Brittney Wood 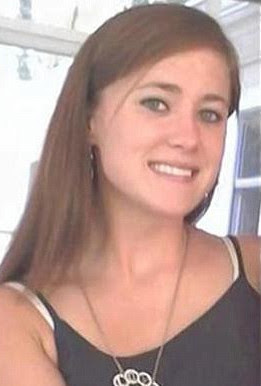 Brittney Wood vanished at the age of 19 on May 30th, 2012. The young mother was last seen that day in Mobile, Alabama. Brittney told her loved ones she was going to visit her uncle, Donald Paul Holland Sr., in the Styx River area. She reportedly got a ride from him, and was seen getting into his vehicle around 7:30pm. Brittney never returned home and has never been seen or heard from again. Her parents reported her missing days later, on June 2nd, 2012.

Once news about Brittney’s disappearance began to spread, it was soon revealed that the person she was last seen with, her uncle Donald, had died by a self-inflicted gunshot wound on June 1st, 2012--a day after Brittney was last seen. Officials found Donald’s body inside his truck, and they found Brittney’s cell phone battery inside the vehicle as well. This inevitably made many people suspicious towards Donald, especially because he was being investigated for possible sex crimes shortly before his death. In fact, multiple members of Brittney’s family were being investigated for various sex crimes including rape, incest, sodomy and production of child pornography. Authorities believe that Brittney had been a victim of sexual abuse at the hands of her family members, and they planned to question her--but she disappeared before they could.

News of Brittney’s disappearance unraveled a huge family secret. In the months that followed, several members of Brittney’s family were arrested and charged with various sex crimes. The charges are as follows:

Many of these people have been convicted for their crimes, with others are still awaiting legal proceedings. At one of the trials, a young female relative of Wendy Wood Holland testified that the family began making her participate in group sexual activities when she was still in diapers. It is believed that Brittney and many of her other family members were involved in a similar situation as well.

Brittney remains missing today. The Mobile Police Department is investigating. If you have any information that could lead to her whereabouts, please contact 251-208-7211.