Kylr Yust:  arrested in 2017 for the murder of his ex-girlfriend Kara Kopetsky. Kara vanished in 2007, and Yust was a suspect in Kara's disappearance from the beginning. He was not charged with her murder until her remains were found nearly 10 years later, alongside the remains of 21 year-old Jessica Runions, who Yust is also accused of murdering in 2016.

Jacobee Flowers: awaiting trial for the 2012 murder of 17 year-old Morgan Martin, who was believed to be pregnant with Jacobee's child. Jacobee was 24 years-old at the time. Morgan's remains have not been found.

Donthe Lucas: currently awaiting trial for murdering his 21 year-old pregnant girlfriend, Kelsie Schelling, back in 2013. Kelsie's remains have not been found.

Bailey Boswell: awaiting trial for the 2017 murder of Sydney Loofe. Bailey's older boyfriend, Aubrey Trail, has already been found guilty of murder in the case.

Keith & Shavon Smith: Keith Smith (52) is charged with murdering his wife Jacquelyn Smith in December 2018. Keith's daughter, Valeria 'Shavon' Smith (28) has already pleaded guilty to being an accessory to the murder after-the-fact.

Kimberly Kessler: charged with murdering her co-worker Joleen Cummings at the Tangles hair salon where they both worked. Kimberly was using the name Jennifer Sybert as an alias at the time of Joleen's disappearance. Joleen's body has not been found.

Megan Hargan: charged with killing her mother and younger sister at her mother's McLean, Virginia home in 2018.

Stafon Jamar Davis: currently awaiting trial for murdering Abree Boykin inside her Georgia home
in 2018. Davis has pleaded not guilty.

Beau Rothwell: arrested in December 2019 for murdering his wife, Jennifer Rothwell. It is believed he was unhappy about his wife being pregnant.

Brandon Theesfeld: Ole Miss student charged with marrying on-and-off girlfriend Ally Kostial, who is believed to have been pregnant with his child.

David Sparks: charged with the murder of 22 year-old Savannah Spurlock. Also charged with tampering with physical evidence and abuse of a corpse.

Ed Pautenis: charged with murdering his wife, Jenn Pautenis, after claiming she had left him for another man.

Michael John Wolfe: charged with murdering Karissa (25) and Billy (3) Fretwell. 53 year-old Michael was having an affair with Karissa when she got pregnant with Billy. Michael had no intentions of leaving his wife and asked Karissa to get an abortion, but she reportedly refused.

The Disappearance of Corey Kelly

Corey Kelly has been missing since September 11th, 2017. The 19 year-old was last seen in North Charleston, South Carolina, where he li... 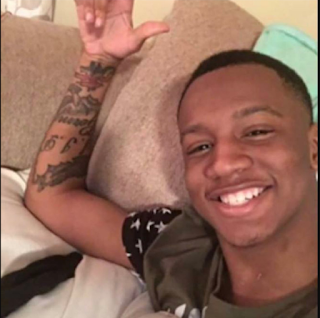